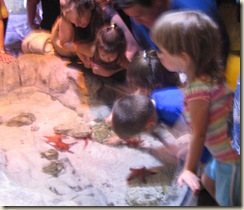 So, our friends we stopped in Phoenix to visit were all excited about a brand new aquarium that opened here.  It’s supposed to be a world class aquarium, and have all of these awesome fish.  Everyone was really stoked to go there, and then we got there.

The line to buy the tickets was out the door.  Apparently everyone else in Phoenix decided to go there then too. 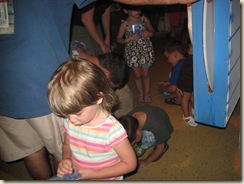 , because it was crowded.

The cool part:  the kids had a card to fill out answers for, and it was a scratch off type of thing.  The boys thought it was cool, and I got to scratch off Princess’.  That, and one other room were the highlights.  But, it had a lot of downsides. 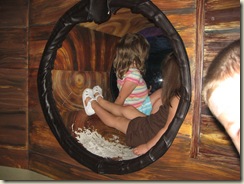 I felt rather like I was being herded.  First we had to pose for some silly pictures.  Then we had to wait for the timer to go into the aquarium, and then we had to watch a movie, and the doors remained locked until we watched their little promo movie (including mentioning their other locations).  Then we were let into a series of very dark rooms where we weren’t allowed to take flash pictures (despite that most of the 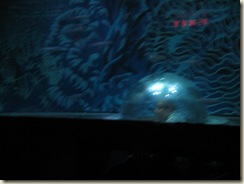 fish there wouldn’t be harmed by it, so everyone ignored the rule anyways and just posed nonstop in front of the few interesting aquariums, growl).   So, I have a bunch of pictures looking like that.  I think that’s Jeff in the bubble to look at the fish swimming around him. 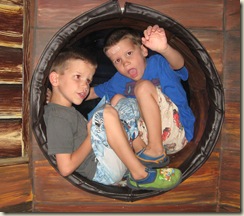 But, what I did really like that they did was having all these little hidey-holes, so to speak, for you to crawl into and see the fish a little bit closer.  They were obviously mainly designed for kids, based on the height most were put at, and the difficulty I had in climbing in.  Of course that didn’t really stop me from climbing in a lot of them (I figured they bossed me around on enough other things, they hadn’t said I couldn’t do that). 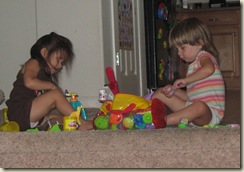 So, Phoenix Aquarium (not it’s actual name), complete bust.  Playing at friend’s house afterwards with their kids, total win.  Princess was so happy to have a little girl the same size as her.  She happily ran around chasing them, and oh the puppy toys.  I think she was in heaven. 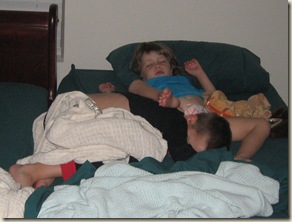 And then they slept, and Princess won that battle.  Sleeping on top of Batman.