In the middle of the 1800s, everyone in the United States became obsessed with two things: the slavery fight, and Manifest Destiny. Manifest Destiny is the belief that God meant for the United States to go from “sea to shining sea.”  Horace Greeley wrote many an article encouraging people to “Go West, Young Man!”  There was quite the fever, but it took quite a while and was a dangerous journey. This was the basis for our history lesson as the United States created a transcontinental railroad. 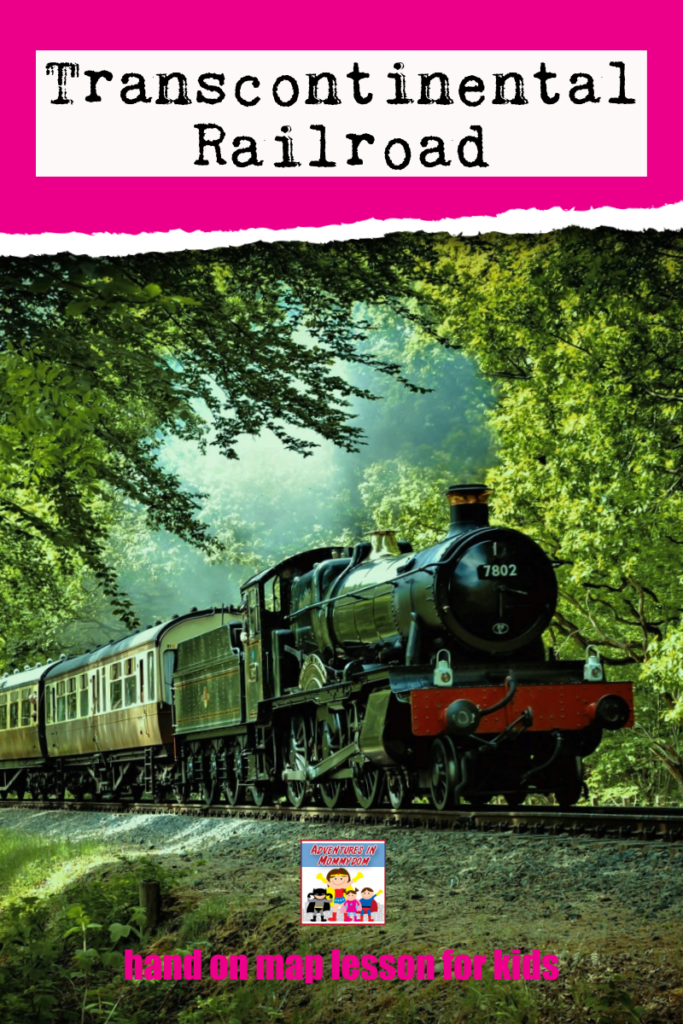 So, the United States government challenged two railroad companies to get us a faster and safer way across the country once that whole slavery issue was settled, the transcontintental railroad.  The Union Pacific and Standard Pacific raced each other to cross the most territory in the fastest way possible.  To get an idea of what this was like we played Transamerica.  It helps explain why our railroads are set up how they are now.  It also lets you see how one person may build it initially, but everyone uses it once it’s built.  Seriously, our transcontinental railroad is messed up, why do you need to go from Austin to Chicago to get to San Fransisco? 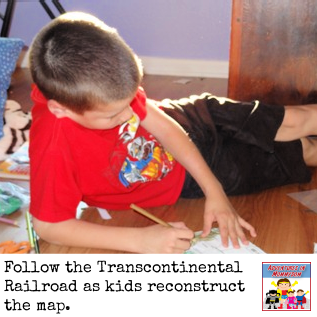 After we played the game a couple of times, we made a map from the  Interactive 3-D Maps: American History:

which we’ve used several times now, and my kids think are the coolest things ever.  Probably because you can play with them.  They don’t like the coloring part of it. 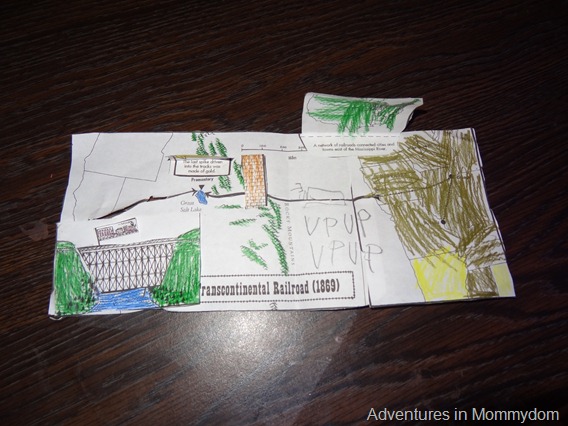 This is one of the better colored ones.  Batman was tired of coloring and his ended up all black.  Yeah…….  That didn’t go over well, and he redid his.  He didn’t like that response.

After all of this study, we got a fun excursion: a train ride!  Really, it was my Mom’s Christmas present to ride the train to Main Street Bethlehem, but I’m not one to pass up making a learning opportunity. 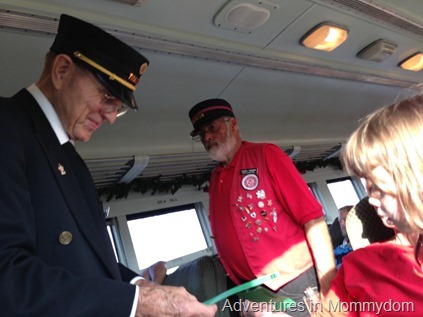 First thing learned, don’t lose your ticket.  That’s how they know you’re supposed to be there. 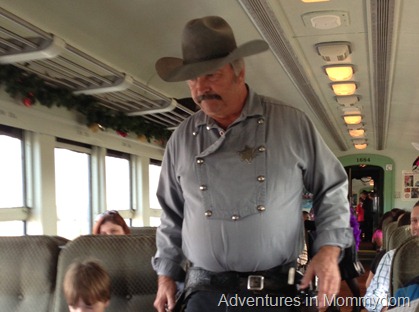 Trains could be dangerous places.  It was not uncommon for your train to be held up by robbers.  Thankfully we had a sheriff on our train to protect us from the robbers that came through later (to rob us for charity). 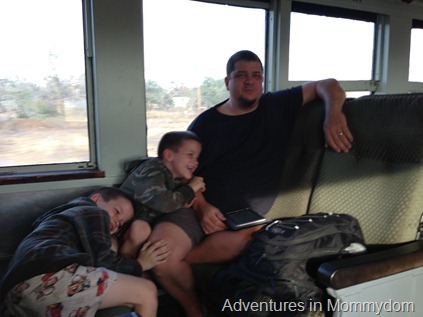 The boys solution was to climb on Jeff.  Jeff wasn’t a big fan of that solution.  I have no clue why………

A corollary of that picture: It wouldn’t be fun to be sitting on those chairs and sleeping on them for days on end.  They were quite sure they didn’t want to do that.

At the end of it all, the kids all decided trains are fun, in small doses.

A few additional resources to look into:

Coolies, a great book on the Chinese building the railroad, actually presented in a balanced way, link is to an activity we did a few years ago.

Photo by Denis Chick on Unsplash