Before reading “Clash of Swords” if you were to ask me about Scotland I would have said, “That’s where Braveheart is from, and in the 1600s they helped cause the English Civil War over the Book of Common Prayers. Oh and the Loch Ness Monster.” Oh, and I have large numbers of friends who claim to have Scottish roots and know their clan tartan.  As I’ve been reading Clash of Swords and working through all of the fun materials in the unit study I’ve been learning so much more. It’s been a fun but if geography lessons as we’ve completed our Scotland Unit Study.

(Just as I was opening my email to buy Clash of Swords I had an email from them offering me a free copy, so I, of course, said yes, so I got the book and unit study for free, there are affiliate links in here, and opinions are still mine)

Our books for the Scotland Unit Study 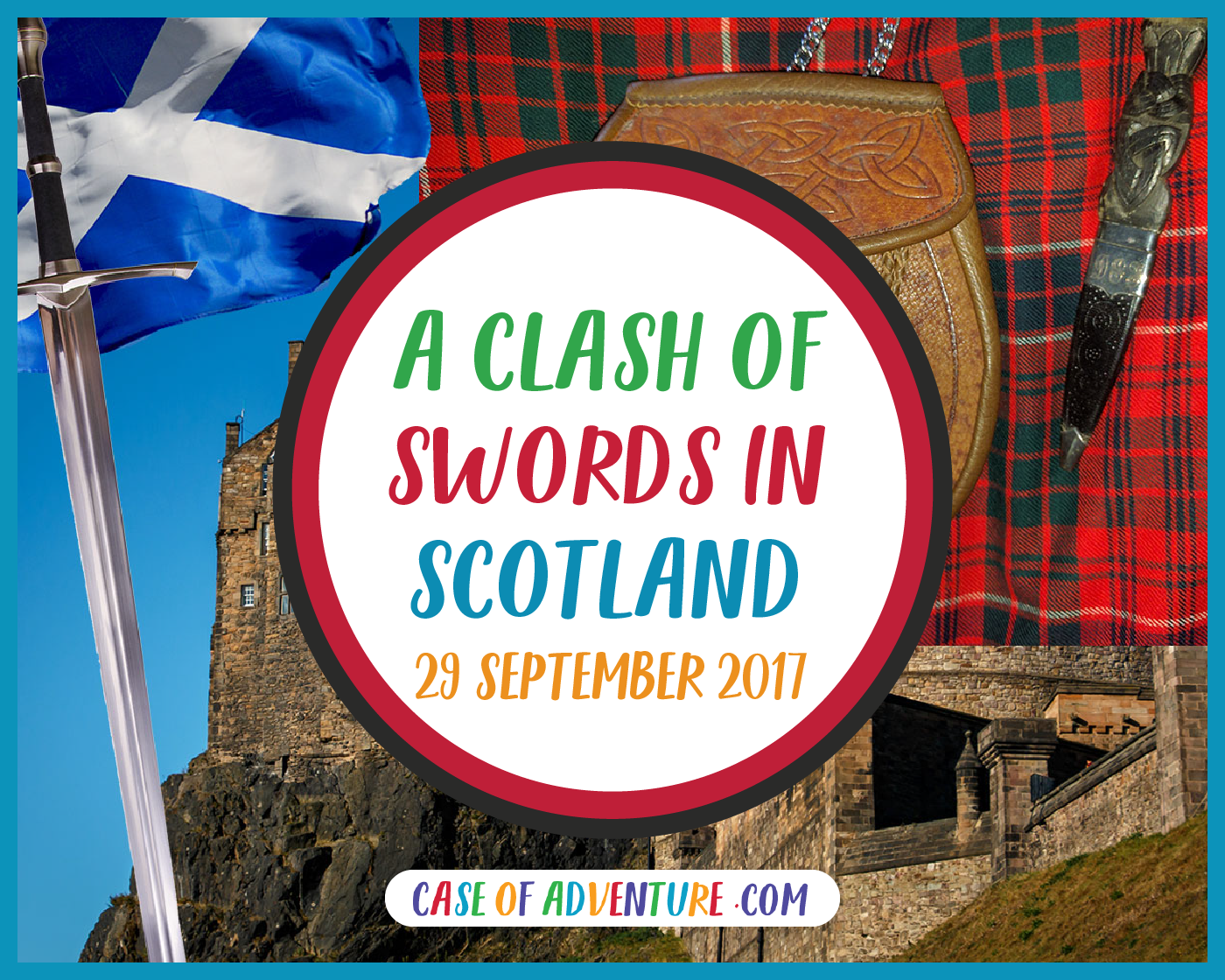 I learned from the last time I read a book from Case of Adventure, they’re packed with lots of information, and so I didn’t even look for more books this time. So, we only used Clash of Swords.

Funny thing, since Clash of Swords follows a homeschooling family, there were several times as I read this that I chuckled to myself as I recognized some of the habits they talked about. It’s a nice change since most books are about public school families who work on a different dynamic.

We had a grand Scottish breakfast, I just used the recipes from the Activity pack. I did not make the Deep Fried Mars bars** or the Scotch egg (only to have my husband be super disappointed about that). Since I got these recipes specifically from the activity pack I’m not going to give measurements.

Full disclosure, I expected this to be a miss, but wanted to try it. Instead, I had nothing left.

We had nothing left of these at the end of breakfast for dinner. This part of our Scotland unit study was a big hit.

This did not go over well with my kids. It’s dry and it needs jam or butter to make it taste good and the kids were indifferent to it.

This was not a hit. I’ve been trying different soups recently and so they’ve gotten used to broths with a few more spices added in, and it certainly didn’t help that I didn’t have the pearl barley like I thought I did.

** So those deep fried Mars Bars, I was talking with a friend of ours who’s French Canadian and telling him all about our Scottish meal and how I didn’t end up making the deep fried Mars Bars and he said we missed out on the best thing. This led to a long discussion about the difference between chocolate in the Americas and chocolate in Europe. European chocolate tends to be much richer, and he was firmly of the decision we need to trdeep-frieded Mars Bars.

A few weeks later we had a hail storm, and a guy came by to check out roof and as I was talking with him the kids were working on the lapbook, and he saw the “food of Scotland” meal and was quite amused by the variety of ideas and things in there, and also commented that we needed to try Deep Fried Mars bars. It’s quite amusing to me.

I’ve figured out how to make lapbooks work with my kids. I cut out most of it with my paper cutter, and then they cut out the detail work. Rather than print out 3 complete lapbooks, which has a lot of pieces, many of which some of my kids could really care less about, I printed off one Scotland lapbook and let them all pick out what they wanted.

Princess picked out all of the animal parts, and a few bits and pieces of other stuff. It greatly amused me. Oh, and see the dog statue, that’s Greyfriars’ Bobby, and that bit in the book reminded me of when Mama Smiles wrote about it.

Batman chose all of the cooking stuff, and a few of the landmarks. It really amused me to see all of the different ways they chose.

Superman picked out all of the stuff about bagpipes. He’s fascinated by bagpipes and has a lot of fun pretending he’ll learn how to play them, much to the consternation of his brother. He also got a fair amount of the weapons, which is a key part of the book.

I only have pictures of one of the extra activities, primarily because my kids are starting to get camera shy, and I don’t always remember to get pictures after the fact. These are their coat of arms and their clan tartans.