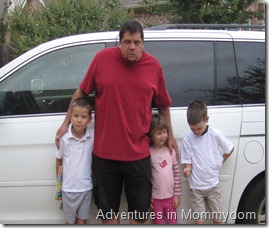 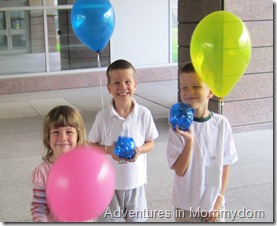 This past week Jeff’s work had “Take Your Child to Work Day” and this was the first time we decided they were old enough.  Though afterwards we thought Princess was probably still too young.

The kids got to see all sorts of cool effects like, what happens with dry ice, and the presenter showed all the cool stuff you can do with liquid nitrogen, including this: 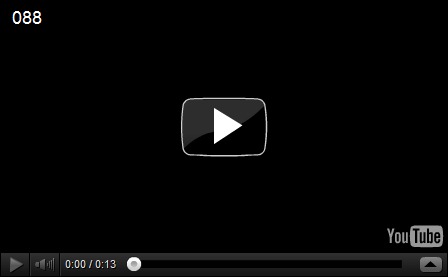 The man has just eaten a graham cracker dipped in liquid nitrogen.  The boys described him as “breathing like a dragon.” 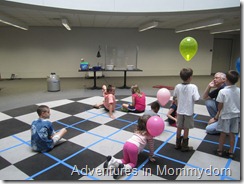 The kids were also given an interesting challenge of sending a “robot” through a series of tasks giving it instructions ahead of time.  Jeff said it made for an interesting logic puzzle, and I’m trying to figure out how to best duplicate that at home.

All in all from the sounds of things everyone had a great time.  I spent the time working on cleaning and sorting out some things for the coming school year, and then suddenly they were home and I felt like I hadn’t gotten anything done…….

Or not as much as I wanted to.