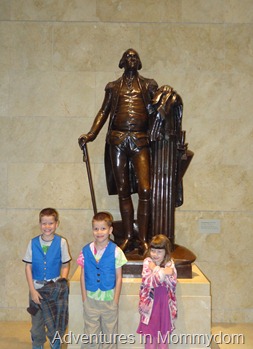 I have to say having now seen both Mount Vernon and Monticello, I vastly prefer Mount Vernon.  There’s more to see, and I enjoyed all of the ancillary buildings and the chance to interact with people acting as people from the house.

Though, I will say that the tour of the actual house was a little better at Monticello because we were in a small group.  So, I guess it’s a mixed bag.

I had done my research ahead of time and knew there was a few things we wanted to do. 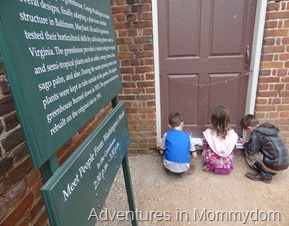 When you first enter at the visitor’s center head over to the information desk and ask for the “Adventure Pass” for kids.  It’s a series of puzzles that take you all over the farm to find the answers.  It rather amused me because my kids actually knew several of the answers without going to the place with the answer because of our history studies, but they still really enjoyed it, and when we were all done we turned it in for a small prize.  Make sure to emphasize SMALL to them so they’re not thinking it’s a toy or anything.  It’s a small medallion. 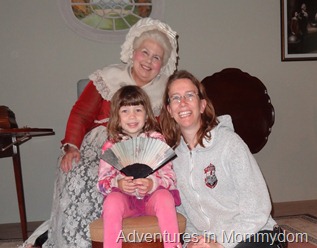 The other big deal thing for me (this may just be me), was to “meet” Martha Washington, and we also got to “meet” Nellie Custis (George Washington’s granddaughter).

At different times of the day they are in parts of the buildings and will answer questions you have and tell you about life at Mount Vernon or in that time period. 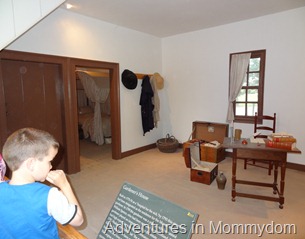 I enjoyed talking with both of them, and they were quite amazed at how far we had traveled from the “Tejas territory,” and were impressed with how well we spoke English.  Nellie Custis told us about a letter her Grandpapa had sent her warning her to be careful “when the fire is beginning to kindle.”  Sound advice today as well as then for young girls starting to date. 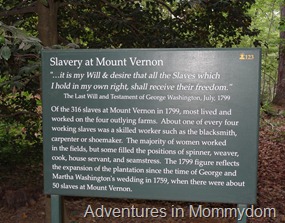 One thing that was very striking to me, seeing this so immediately after Monticello was the difference in the two men who lived in them.

Jefferson lived in very grand lifestyle and espoused many high ideals.  Washington lived in a modest way, and I was continually impressed with how he treated the people working for him. 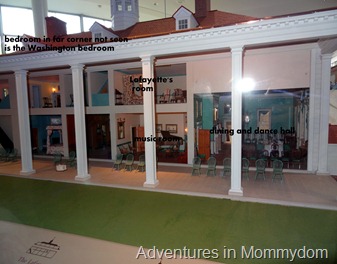 We saw several houses for his workers that were quite impressive for their size and set up.  Then we found this plaque, and learned that George Washington grew to dislike slavery and so in his will he freed all 300 of his slaves and provided a bequest for several of them.  Jefferson at the end of his life, freed 5 slaves and was so in debt that the estate had to be sold to settle his debts. 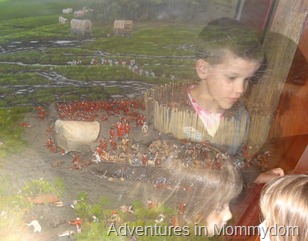 The other thing that really impressed me about Washington was his hospitality.  They had 21 rooms in their house, of which 17 were bedrooms, mostly guest bedrooms.  In one year after their presidency they house over 600 guests, many of whom were strangers to them, but needed a place to stay.

I leave you with a collage, a quote I found amusing, and what my kids look like at the end of the day. 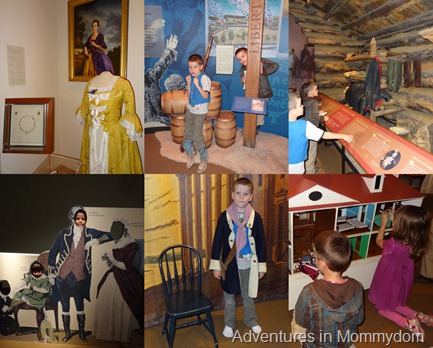 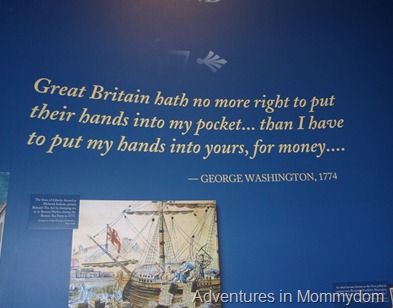 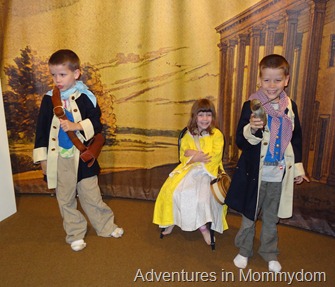 And for purposes of recording this, I believe that’s Batman on the left…….  But no guarantees. 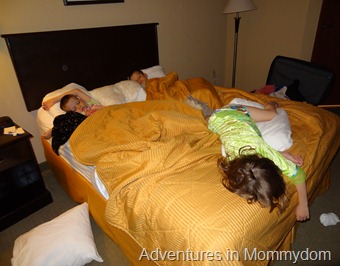