About a year ago my boys were given King of Tokyo by their aunt as their latest game.  Ever since then we have played it about once a month.

All amazon links are affiliate links

What is King of Tokyo?

In King of Tokyo you’re playing a monster trying to take over and destroy Tokyo.  Unfortunately for you several of your best frenemies all had the same idea.  You are duking it out for King of Tokyo. 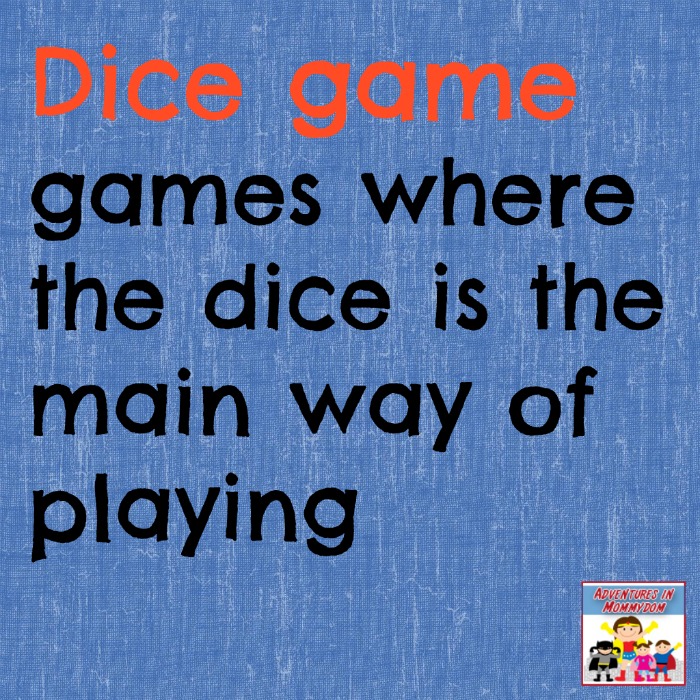 When you think of  King of Tokyo think Yahtzee but with giant monsters, and a few more mechanics.  On your turn you roll dice to see what will happen.  You’re playing the odds of what combinations are more likely to happen.

It is also a gateway game.  These are games you can play with non-gamers.  They’re the ones you might find in Barnes and Noble or the occasional Target.  Actually I texted Tara when I saw King of Tokyo in Target.

How to play King of Tokyo

You start off choosing a monster, there’s 6 possible monsters in the base game, and they all have the same abilities, just what type of monster do you want to pretend to be.

I mean you can be Godzilla and talk about smashing Tokyo.  You can be a bunny in a giant robot suit, and talk in a really bad foreign accent.  Have fun with it.

On you turn you roll all 6 dice up to 3 times.  Each time you can set aside dice and choose not to roll them again, or change your mind and reroll those dice.

Numbers 1-3= Victory Points.  If you get 3 of a kind you get that many victory points, each extra number is more points.

Hearts= Healing.  If you are not in Tokyo you can heal, otherwise hearts are useless (unless you have the Power Up Expansion, more on that later).

Lightning= Money.  Officially they are energy cubes, but it equates to money for buying power ups for your character.

What are the power up cards?  I’m glad you asked.  They are cards which change and make your monster more powerful or give you points.  Some are permanent and say KEEP.  They can give you extra damage, healing, damage reduction, they are awesome.  The others say DISCARD, you use and discard to get Victory Points, healing, energy cubes, all sorts of things.

Once you’ve rolled your dice and done your damage the person in Tokyo may choose to yield to you, in which case you get Tokyo and you start gaining Victory Points.

King of Tokyo Power Up Expansion Game is the first expansion and I would recommend getting that first.  Now your monsters can mutate and gain powers.  It also introduces one new monster (Pandakai).

Now if you roll 3 hearts not only does your monster heal a lot, you gain a new mutation.  These are like power up cards, but specific to your character.  So they can be temporary or permanent.

They are AWESOME!  It adds a whole new level of fun to the game, and I’ll have a few tips on this.

King of Tokyo Halloween Expansion Board Game, it’s Halloween night in Tokyo and even the monsters are dressing up.  This expansion adds in two new Halloween monsters (Pumpkin Jack and Boogey Woogey).

The costumes work like Power Up cards, but and this is the cool part, they can be stolen.  If you damage a monster you can steal their costume if you pay them for it.  And some of the costumes are crazy powerful.

The box also includes mutations for the two new monsters, and those have some interesting variations (more in the tips).

Remind any kids playing their monster will be hurt, and people will be attacking them, but you can’t take offense at it.

The tension of the game, and all of the expansion is how long can you stay in Tokyo taking hits before you get to zero hit points.  Once you do, you’re out of the game.  But, the longer you are in Tokyo the more Victory Points you get.  Find your happy spot for that one.

Mutations- We house-ruled you can start with one mutation.  It makes it fun to see what the fun trick you start out with.

*We also house-ruled Pumpkin Jack and Boogey Woogey’s mutations can be played on them because otherwise it’s too much of an advantage with only 4 people.

Costumes- If you are going to allow people to start with a costume make sure it is random, not they chose.  Also, don’t let the princess costume be part of the random dealing, it’s way too powerful.