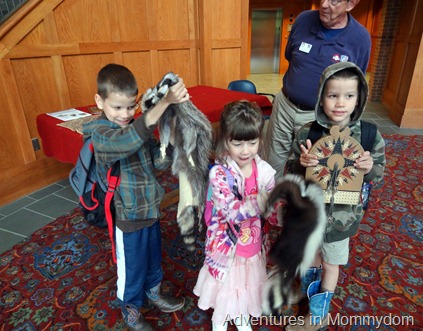 Can you tell the kids are excited holding their animals skins and “17th century computer” (also known as a navigation tool)?

We wandered through the museum for a while, where I was not allowed to take any pictures.  Poor me, that and I was frustrated by poorly labeled displays.

After spending a good hour or so at the museum we headed out to the displays, braving the COLD and RAIN, did I mention the COLD!  and wet toes!  I’m sure you can guess the first thing the boys headed to. 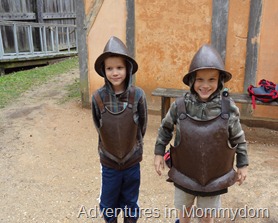 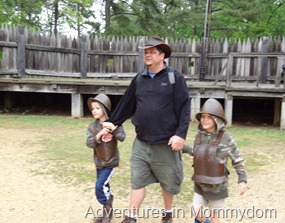 The armor, they happily tried on armor every opportunity they got, and arrested poor Jeff. 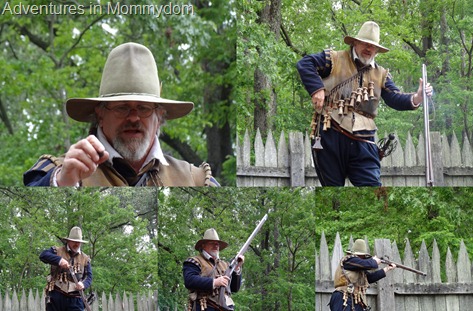 They were even more impressed with watching a musket being fired, I wish I’d gotten better step by step pictures, but it was hard to catch it as quickly as he did it (the steps are more or less in order clockwise, top left). 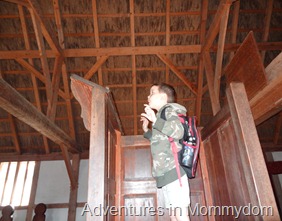 Superman was supremely amused by the church and had to preach a sermon.  All three of them would have done so as well, but we had to hurry off to watch the muskets be fired.

It was a loud and happy sermon, with many quotations of “love God.” 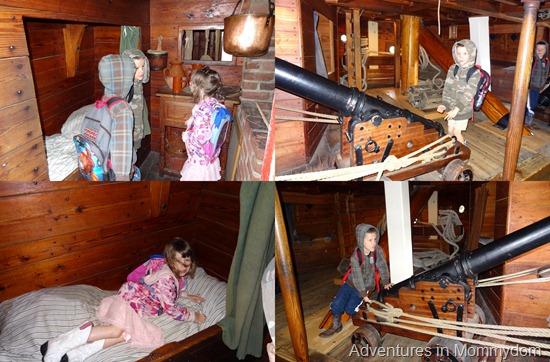 We toured the three ships in dock, but the kids were getting cold and it started raining fairly hard while we were the first one, so not much time spent there.  We were mainly amazed at the cramped quarters and how small the beds were.  The boys were able to stretch out on it, but I certainly couldn’t.  It was a very crowded place, but what really amazed me was they left before Christmas to come here, and they didn’t make it until a few days from now (Thursday, April 25).  How is that for crazy? 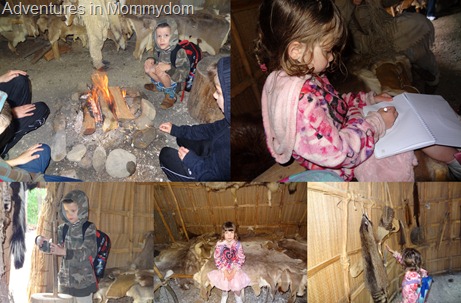 We ended up spending the longest amount of time in the Powhatan village, mainly because there was a nice warm fire, which let me dry my feet a little and restore feeling to cold toes. 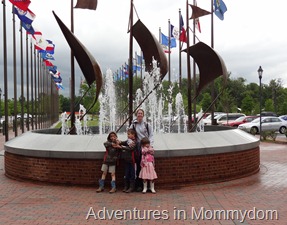 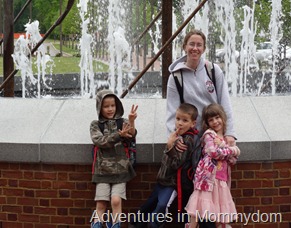 All in all a fun, if somewhat cold day.  Which ended with our eating at the worst Chinese buffet I’ve ever eaten at, how can you mess up Jello?  And my buying a POUND OF FUDGE!  YUM YUM YUM!