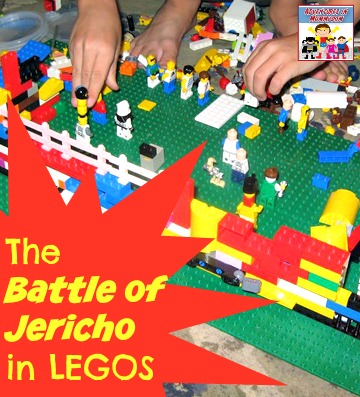 I made the mistake of telling my kids that in a few days we’d be building the city of Jericho as part of our homeschool history lessons and then destroying it (I’d never do this as a Sunday School lesson because too much chaos for our class of 30).  As you can imagine, that immediately led to our having to do three or four history lessons at once.

So, after reading about it we made our very own city of Jericho to be assaulted by the Israelites.

There were some rather unusual people in the city of Jericho.  Namely a giant rabbit, and battle droids.  And part of the Jericho walls was the kitchen sink.

The Israelites dutifully marched around the city.  And I bet you didn’t know that among the Israelites were pirates, a one-handed British soldier, and some astronauts, but there were.  It’s a little known fact.

Oh, and don’t forget the bearded lady in the top corner with the red shirt.

The people of Jericho were properly mocking of the Israelites’ attack methods.  They however did not throw any grape slushies. 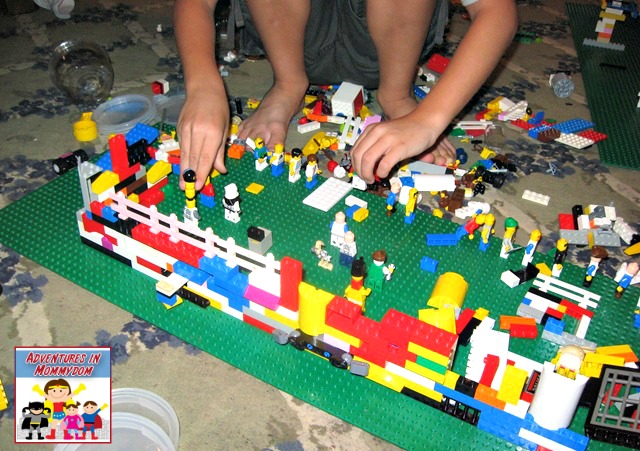 And finally the walls fell down, with much shouting and yelling.  The city fell down. 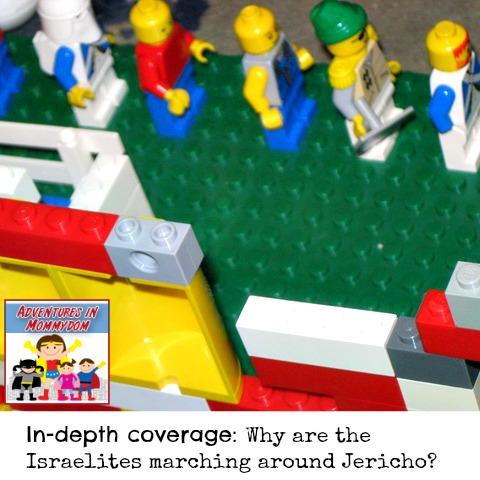 And of course you can’t read about the battle of Jericho without then watching the Veggietales: Josh & The Big Wall (affiliate link).

Ahhhh…….  The awesomeness of Veggietales.