I headed into the Andorra Unit Study thinking of Andorians from Star Trek. That was actually the joke I got from my kids and husband every time I said we were going to study Andorra. Just in case you were wondering, no the people of Andorra are not blue-skinned and they do not have antenna. Just putting that out there, but let’s see what does happen with our Andorra unit study. 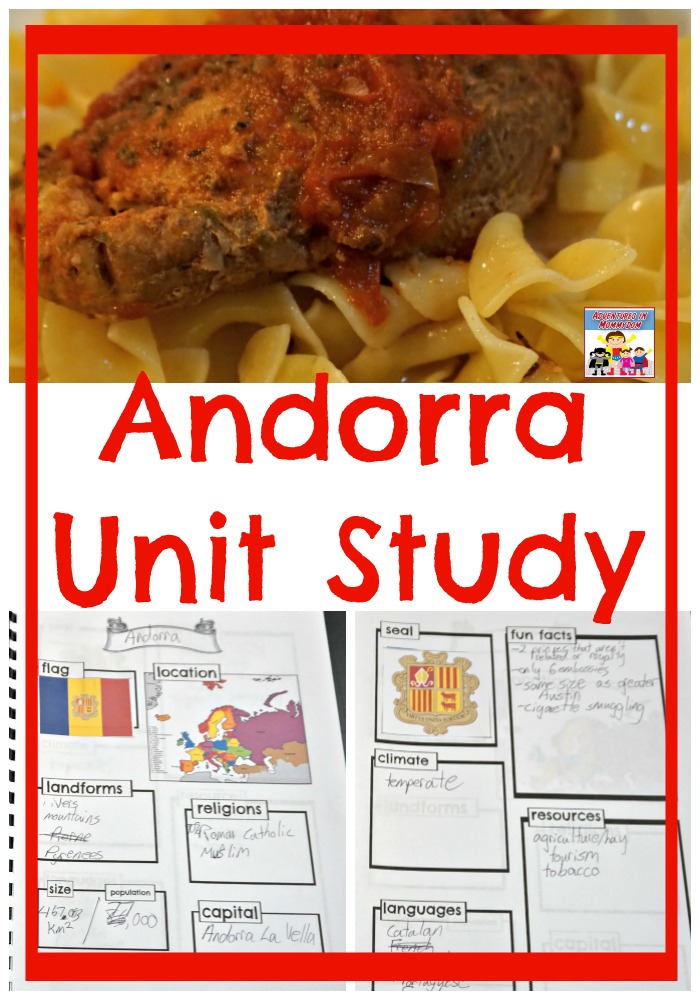 (there are probably affiliate links in here)

I’m sure you’re shocked, but a nation smaller than the size of the Dallas/Fort-Worth metroplex, or the state of Rhode Island does not have any books on it at my public library. You know what it does have?

And a fun Geographics video that had us all laughing as we learned some fun little facts about their history.

I mean come on, they accidentally voted a fraud as their king, and then he was removed and jailed for vagrancy, what is not hilarious about that?

Our Andorra unit study was those videos and our meal, I’m about to talk about below, so there aren’t any additional printables back in the Subscriber Library (join my newsletter over here).

Now that the kids are old enough, I set them to look up all of the relevant information. Hearing them complaining about who got to look up what, can be amusing, but I think the most fun was filling out the fun facts section. 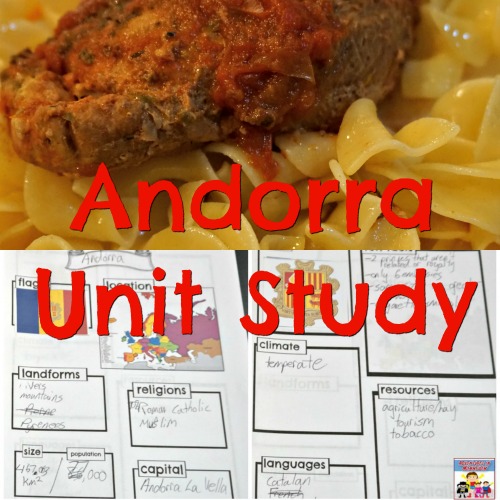 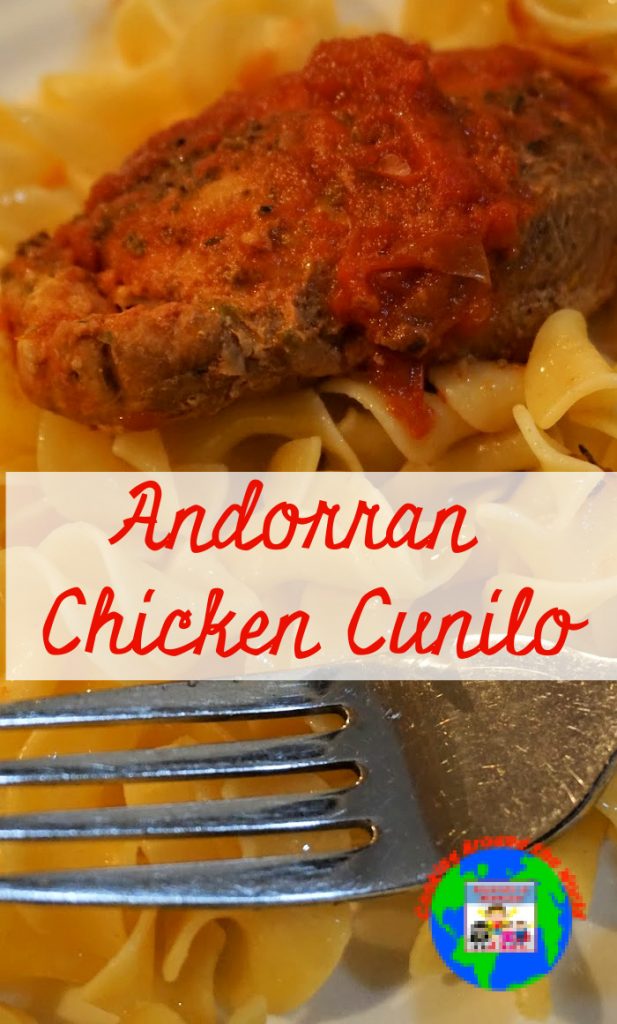 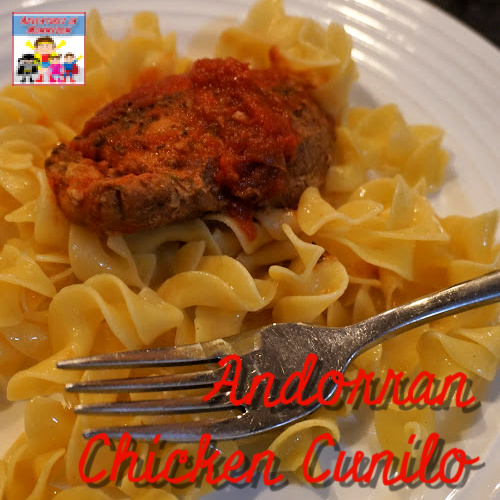 First and most importantly, read the instructions at the beginning of the day and realize this is a SLOW COOKER RECIPE.

I originally planned to cook this on Wednesday, but…… I didn’t catch that part. Sigh, that was a big mistake on my part.

We followed their advice to serve it with egg noodles, which is always popular with my kids.  As a general rule everyone liked it, but I may not have defrosted quite enough of the chicken because the boys were looking at me like they were starving after eating dinner.