This is one of those states where I just didn’t have much to go on.  So if you live in the area or have been there I’d love some extra suggestions of what else to tell people about for when I write for ABC & 123. 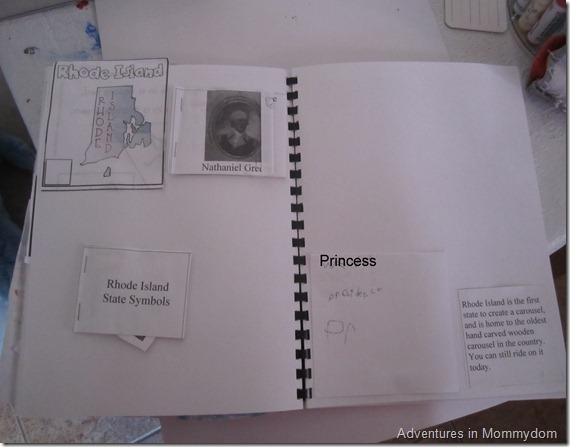 Don’t you just love all of the empty space on Princess’ pages?  She was quite insistent on gluing it all in this way…….  Sigh, and she lost her carousel symbols. 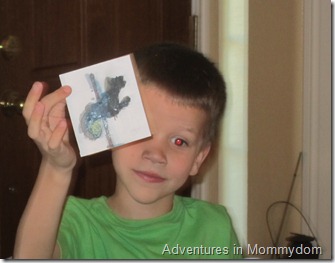 Carousels– Rhode Island was the site of the first carousels in America, and was famous for the designs on their carousels.  For that alone I want to go there.

Yes, I liked carousels.  I’m a complete sucker for them. 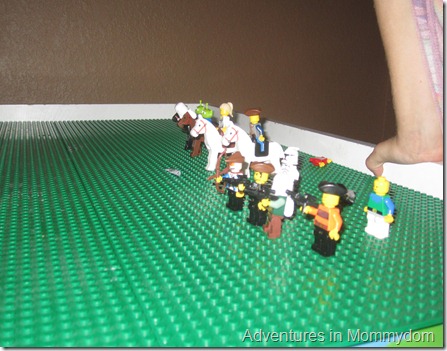 Nathaniel Greene– famous general from Revolutionary War, and there was not one book about him specifically at our library.  Sigh, so I made something up using Wikipedia. 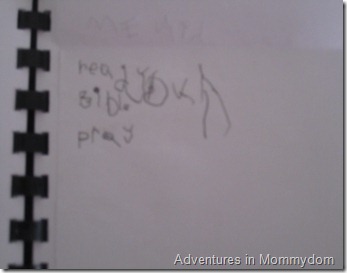 Finding Providence- I did not write a post on this one because I didn’t have any pictures of the activity.

And now I see why having taken a picture of the end results.  The activity was to write down different ways you can know or learn God’s will, because Roger Williams, the founder of Rhode Island, trusted to God’s Providence.

It’s a good activity, just not very photogenic, or exciting.

Seriously, any other suggestions.  Christy from Snacks and Stories (she used to blog at Superheroes and Princesses) gave me some good suggestions of making “Cabinets,” which sound a lot like milkshakes, I think Phyllis from All Things Beautiful had a similar suggestion.