When I first found out the first theme was knights and princesses, I thought “YES!,” a chance to do some of the fun activities I have squirreled away under my pirates, princesses, and knights board.  Then I started noticing some problems in the kids behavior.  They weren’t major problems, but they were problems I wanted to nip in the bud before they became major problems, I viewed it as a matter of family discipleship, and it gave me a handy game to use later in my Sunday School lessons.

So, I changed my plans and refocused on becoming a Knight for God and a Princess for God.  I dug out every single book I had on being princesses and knights, and rethought my plans.  Then I picked up a few books I had been wanting and this gave me the perfect excuse to get.
We started while the kids were still suffering from the TERRIBLE LAUNDRY DISEASE but were too antsy to just lay there and watched The Lion, Witch and the Wardrobe

.  It made for a great introduction, and afterwards we wrote down everything we learned about knights and princesses on a giant chart tablet (which you will never see because the giant mess monster ate it).
Then, because they were still very pathetic, but I needed something to entertain them, we made paper clip armor for their stuffed animals.

Which honestly didn’t go super well, and while it was a great time killer, it wasn’t all that great of an activity.  But, they had fun, even if we now can’t put the armor back on the dolls.

(affiliate link), and continued to add onto our chart.  Then we made a scroll. 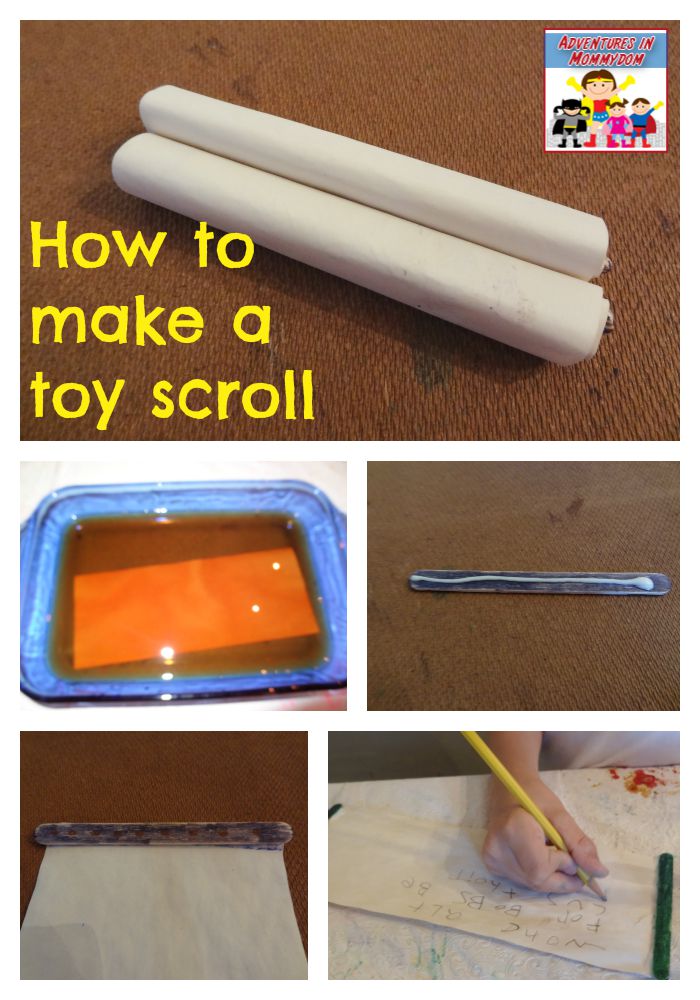 I made a ridiculously strong pot of tea (3 bags for that pan), and we soaked the paper in it for a minute or two.  They take about an hour or so to dry.  Meanwhile, they colored their popsicle sticks, and when it was all dry they wrote their advice for being a knight, and we rolled up their scrolls to be played with.
Next, we read Princess Grace and the Little Lost Kitten (affiliate link), added more to our chart, and then I told them all to find some stuffed animals, and we spent a fun time at the rock park finding our lost toys.

It was wildly successful, and we played a couple of rounds of it before I turned them loose to run around while I just say there and concentrated on not being sick.  It is incredibly hard to be sick when you’re kids aren’t.  They don’t want you to rest.

It was a great lesson in perseverance for Batman, who couldn’t find his dolly no matter how he looked, or that’s what he was trying to play like………
We read several other books (Will, God’s Mighty Warrior

, both affiliate links, both being prominent on that list), but I didn’t have any big activity to go with them.  Like I said, it’s been a bit of a rough couple of weeks, so I was worried this post wouldn’t go out at all….

Finally we finished it all off with a bit of copywork and matching.  The kids enjoyed figuring out the armor of God, and didn’t grumble excessively about the copywork, even if it’s not their favorite thing (click on the picture below to grab the copywork).

So there was a lot done, even if it’s rather disjointed and all over the place.  The kids enjoyed it, and I rather enjoyed the whole thing.