I remember learning about Greek columns in high school, and being amused by the different lessons.  When I saw in our Illuminations schedule we were starting the Greeks I immediately ran to the internet to remind myself of Greek columns so I could plan out a Greek Column lesson for elementary kids, because I don’t think my high school lesson would work for them. 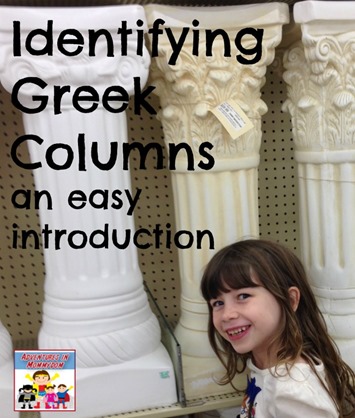 As a side note, when we first started reading about the Greeks in Mystery of History 1, I was very disappointed they didn’t really talk about their architecture, but then several weeks later there was a whole lesson on it.  So, note to self remember to look AHEAD in your schedule and not just assume you’re adding in something totally awesome that’s not covered. 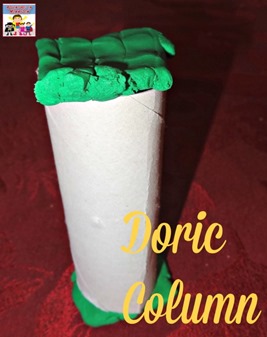 First we have the Doric Greek Column, the most simple.  This let me introduce the basic features of a column (great simple illustrations).

Every Greek column has to have: a capital, a shaft, a base or pedistal (they are different parts sometimes, it has both).

Doric Greek columns are the most simple, being made up of simple shapes.

Ionic Greek columns are more complex.  They add in scrolls and curlicues to the capital and the base.

Corinthian Greek columns are the most elaborate.  They have scrolls, curlicues, leaves, and flowers in the capital and the base.

After we’d looked at and built the 3 Greek columns we talked about the differences, and what they tell you about the society.  Doric columns are built by people who need a building, it’s quick, and relatively easy.  Ionic is built by someone who has some more time and money, and are able to take the time to add in some extra flourishes.  But the Corinthian columns, those are the most time-consuming and most expensive.  It takes great skill and time to make those columns.  Not coincidentally, Corinth was one of the most wealthy Greek city-states.

Now build your own Greek Column 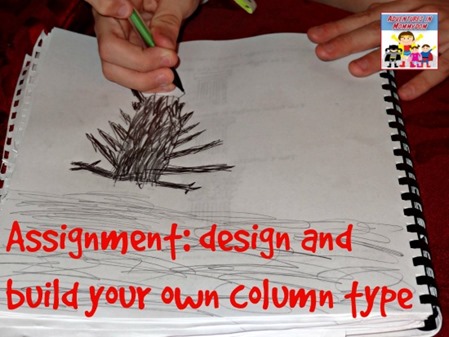 The kids loved this assignment.  Once we’d learned about the actual Greek columns I gave them free reign to make their own. 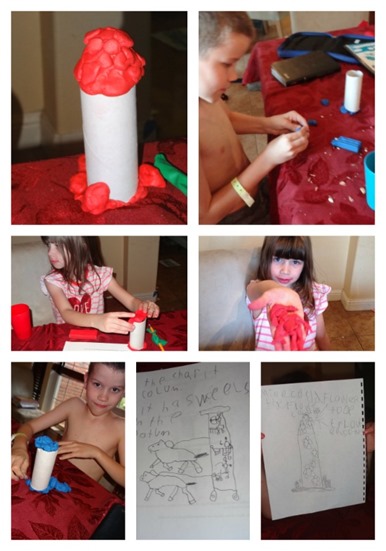 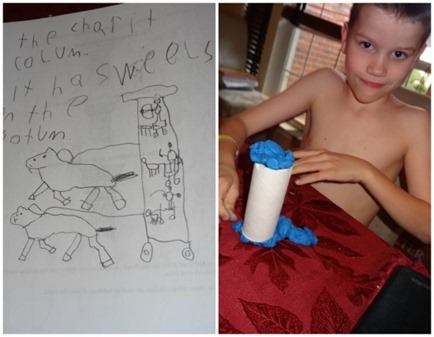 Superman, and I only know this because it’s blue play dough, built a chariot column.  It cracked me up to see his drawing, but he was so proud of it. 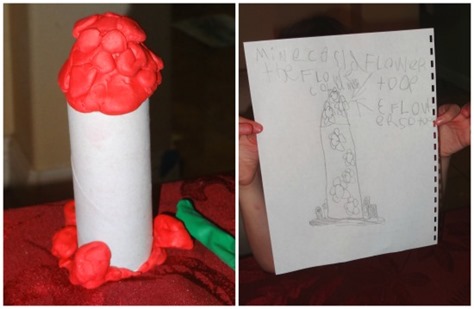 Princess made a flower column.  Notice on the diagram there are flowers all over the thing.

And Batman’s has disappeared into the night somewhere.